Chinese cuisine is an extremely diverse cuisine due to the size of the country and the number of ethnic minorities. It offers an endless mix of flavors, aromas and recipes. China is divided into several regions, and in each of them we encounter different procedures and recipes. Sichuan cuisine is characterized by spicy poultry or beef. Cantonese cuisine is known for its seafood, sweet and sour flavors of fish, meat and rice. Other well-known cuisines are Beijing or Shanghai. In China, it is popular to prepare dishes in the form of quick frying, in a wok or steam. The most commonly used ingredients are rice, noodles, tofu, meat, vegetables, bamboo shoots and soy sauce.

The most famous Chinese dishes include kung - pao, bami goreng, camel hoof soup, duck tongues and Peking duck. Kung - pao, chicken legs cut into strips, wrapped in solamyl, sautéed with peanuts and leeks. Everything is flavored with soy sauce, red wine and garlic. Bami goreng is prepared from turkey breast, peppers, bean sprouts, noodles and spices. Peking duck is a traditional and festive dish. Duck tongues are a popular specialty not only for foreign tourists. The most commonly used Chinese ingredients are glass noodles, mung beans, crab flour, sweet soybean paste, Chinese cabbage, lychees, goja or Chinese gooseberry. Umeboshi are plums growing in China and Japan, they contain a large amount of natural acids and minerals. They are used as a natural remedy for colds, anemia, vomiting and stomach problems 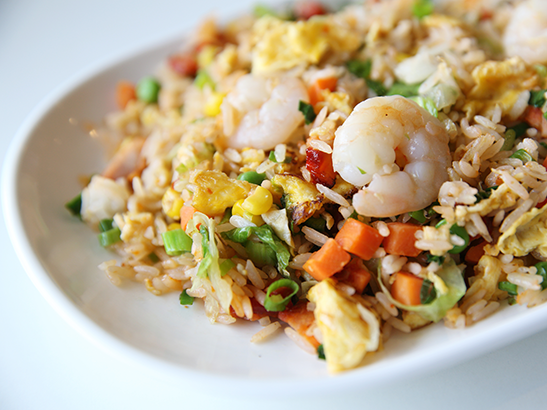